Gotham Stories is a five-part motion comic that debuted on FOX on February 1st, 2016.[1] It bridges the gap during the mid-season winter break for Season 2.

The untold story of Gotham's underworld.[2]

Note: The final part featured all of the last four chapters merged together with the fifth one, and given the title "Gotham Stories: The Whole Frozen Affair". 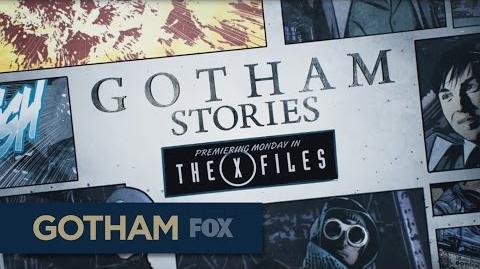 GOTHAM GOTHAM'S Underworld FOX
Add a photo to this gallery

Retrieved from "https://gotham.fandom.com/wiki/Gotham_Stories?oldid=70536"
Community content is available under CC-BY-SA unless otherwise noted.