For the city in which the TV show is named after, see Gotham City.

"The Good, the Evil, the Beginning."
—Gotham's tagline

"Before Batman, There was Gotham."
—Gotham's second tagline

Gotham is an American fantasy/action/crime/drama television series created for the Fox network by Bruno Heller. It is based on a number of characters from the DC Comics universe, specifically those related to the Batman mythology. The main focus of the series is the back stories of Jim Gordon and Bruce Wayne, both created by Bob Kane and Bill Finger[1], as well as those of several other well known Batman-related characters including the Penguin, the Riddler, and a young Catwoman. The series premiered in the 2014-15 television season.[2] FOX announced Gotham would start airing September 22, 2014.[3] It was renewed on January 17, 2015 for a second season.[4] On March 17, 2016, it was renewed for a third season.[5] On May 11, 2017, it was renewed for a fourth season. On May 13, 2018, it was renewed for a fifth and final season, which began airing on January 3, 2019.

The series has spawned a motion comic Gotham Stories as well as two novels, Gotham: Dawn of Darkness and Gotham: City of Monsters.

Everyone knows the name Commissioner Gordon. He is one of the crime world's greatest foes, a man whose reputation is synonymous with law and order. But what is known of Gordon's story and his rise from rookie detective to Police Commissioner? What did it take to navigate the multiple layers of corruption that secretly ruled Gotham City, the spawning ground of the world's most iconic villains? And what circumstances created them – the larger-than-life personas who would become Catwoman, The Penguin, The Riddler, Two-Face and The Joker?

GOTHAM is an origin story of the great DC Comics super villains and vigilantes, revealing an entirely new chapter that has never been told. From executive producer/writer Bruno Heller (The Mentalist, Rome), GOTHAM follows one cop's rise through a dangerously corrupt city teetering on the edge of evil and chronicles the birth of one of the most popular super heroes of our time.

Growing up in Gotham City's surrounding suburbs, James Gordon (Ben McKenzie, Southland, The O.C.) romanticized the city as a glamorous and exciting metropolis where his late father once served as a successful district attorney. Now, two weeks into his new job as a Gotham City detective and engaged to his beloved fiancée, Barbara Kean (Erin Richards, Open Grave, Breaking In), Gordon is living his dream – even as he hopes to restore the city back to the pure version he remembers it was as a kid.

Brave, honest and ready to prove himself, the newly-minted detective is partnered with the brash, but shrewd police legend Harvey Bullock (Donal Logue, Sons of Anarchy, Terriers, Vikings, Copper), as the two stumble upon the city's highest-profile case ever: the murder of local billionaires Thomas and Martha Wayne. At the scene of the crime, Gordon meets the sole survivor: the Waynes' hauntingly intense 12-year-old son, Bruce (David Mazouz, Touch), toward whom the young detective feels an inexplicable kinship. Moved by the boy's profound loss, Gordon vows to catch the killer.

As he navigates the often-underhanded politics of Gotham's criminal justice system, Gordon will confront imposing gang boss Fish Mooney (Jada Pinkett Smith, The Matrix films, HawthoRNe, Collateral), and many of the characters who will become some of fiction's most renowned, enduring villains, including a teenaged Selina Kyle/the future Catwoman (acting newcomer Camren Bicondova) and Oswald Cobblepot/The Penguin (Robin Lord Taylor, The Walking Dead, Another Earth).

Although the crime drama follows Gordon's turbulent and singular rise through the Gotham City police department, led by Police Captain Sarah Essen (Zabryna Guevara, Burn Notice), it also focuses on the unlikely friendship Gordon forms with the young heir to the Wayne fortune, who is being raised by his unflappable butler, Alfred (Sean Pertwee, Camelot, Elementary). It is a friendship that will last them all of their lives, playing a crucial role in helping the young boy eventually become the crusader he's destined to be.

GOTHAM is based upon characters published by DC Comics and is produced by Warner Bros. Television. Executive producer Bruno Heller (The Mentalist) wrote the pilot, which was directed and executive-produced by Emmy Award nominee Danny Cannon (the CSI series, Nikita). 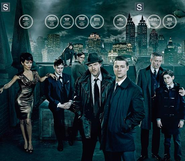 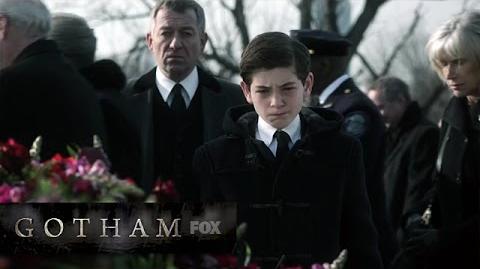 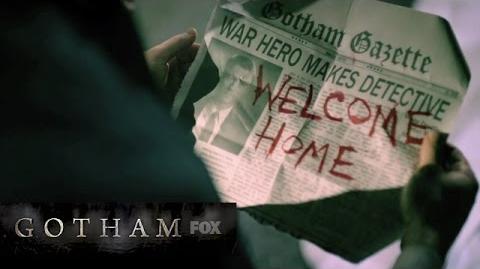 The Good. The Evil. The Beginning. GOTHAM 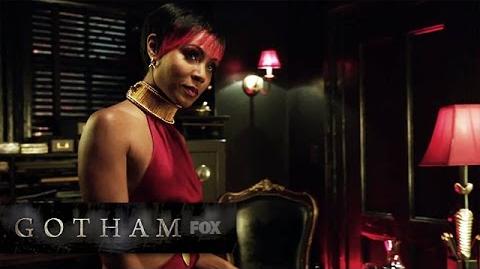 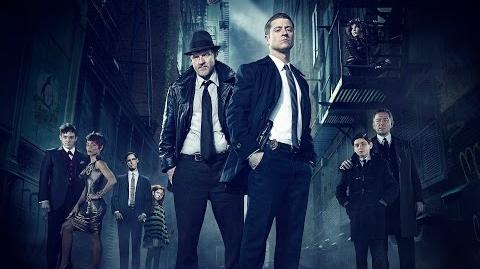